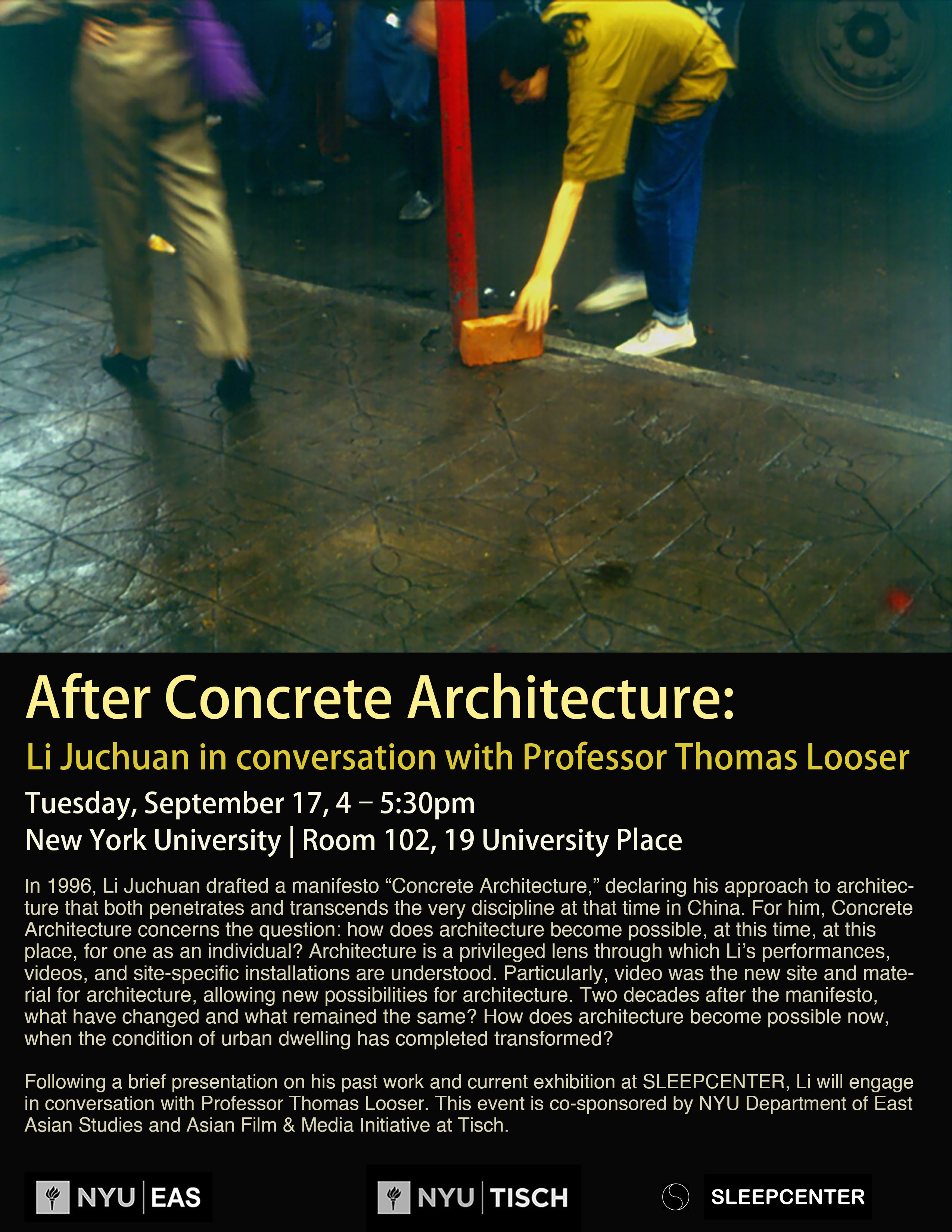 In 1996, Li Juchuan drafted a manifesto “Concrete Architecture,” declaring his approach to architecture that both penetrates and transcends the very discipline at that time in China. For him, Concrete Architecture concerns the question: how does architecture become possible, at this time, at this place, for one as an individual? Architecture is a privileged lens through which Li’s performances, videos, and site-specific installations are understood. Particularly, video was the new site and material for architecture, allowing new possibilities for architecture. Two decades after the manifesto, what have changed and what remained the same? How does architecture become possible now, when the condition of urban dwelling has completed transformed?

Thomas Looser is Associate Professor of East Asian Studies at NYU. His areas of research include cultural anthropology and Japanese studies; art, architecture and urban form; new media studies and animation; and critical theory. The author of Visioning Eternity: Aesthetics, Politics, and History in the Early Modern Noh Theater(Cornell University Press, 2008), he has widely published in a variety of venues including Boundary 2, Japan Forum, Mechademia, Shingenjitsu, Journal of Pacific Asia, and Cultural Anthropology. He is a senior editor for the journal Mechademia, an editor for Digital Asia, and on the editorial advisory board of ADVA. 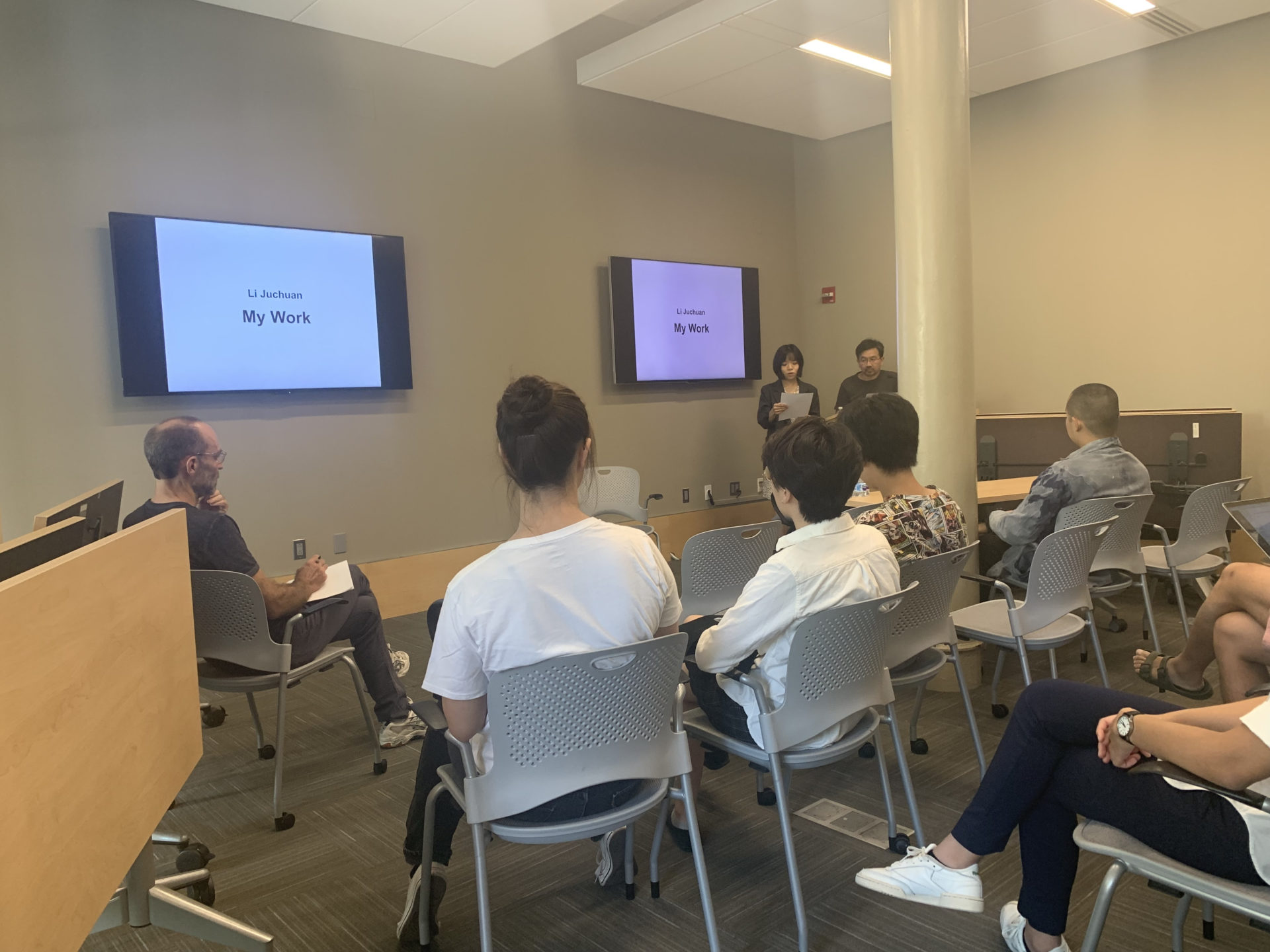 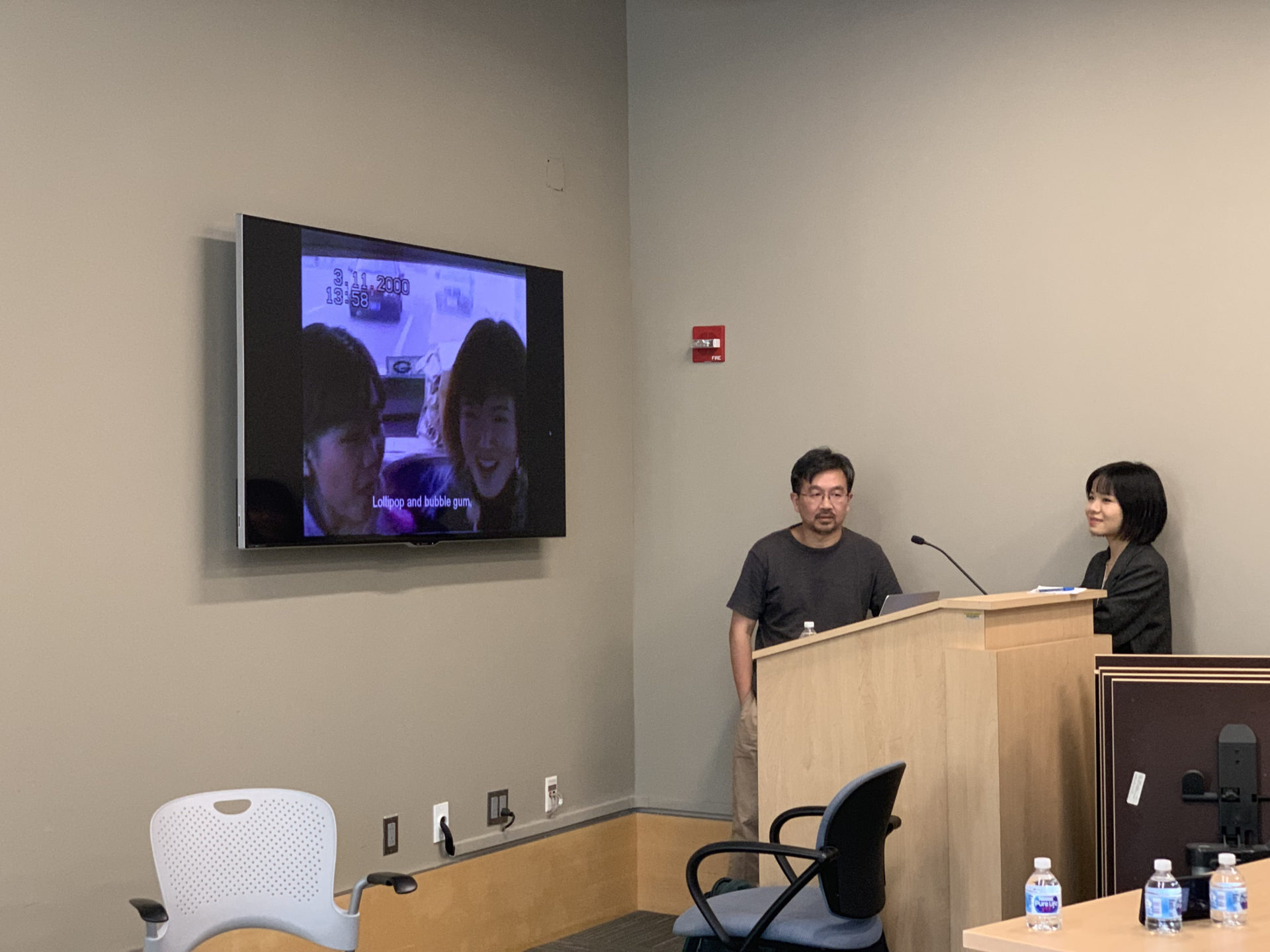 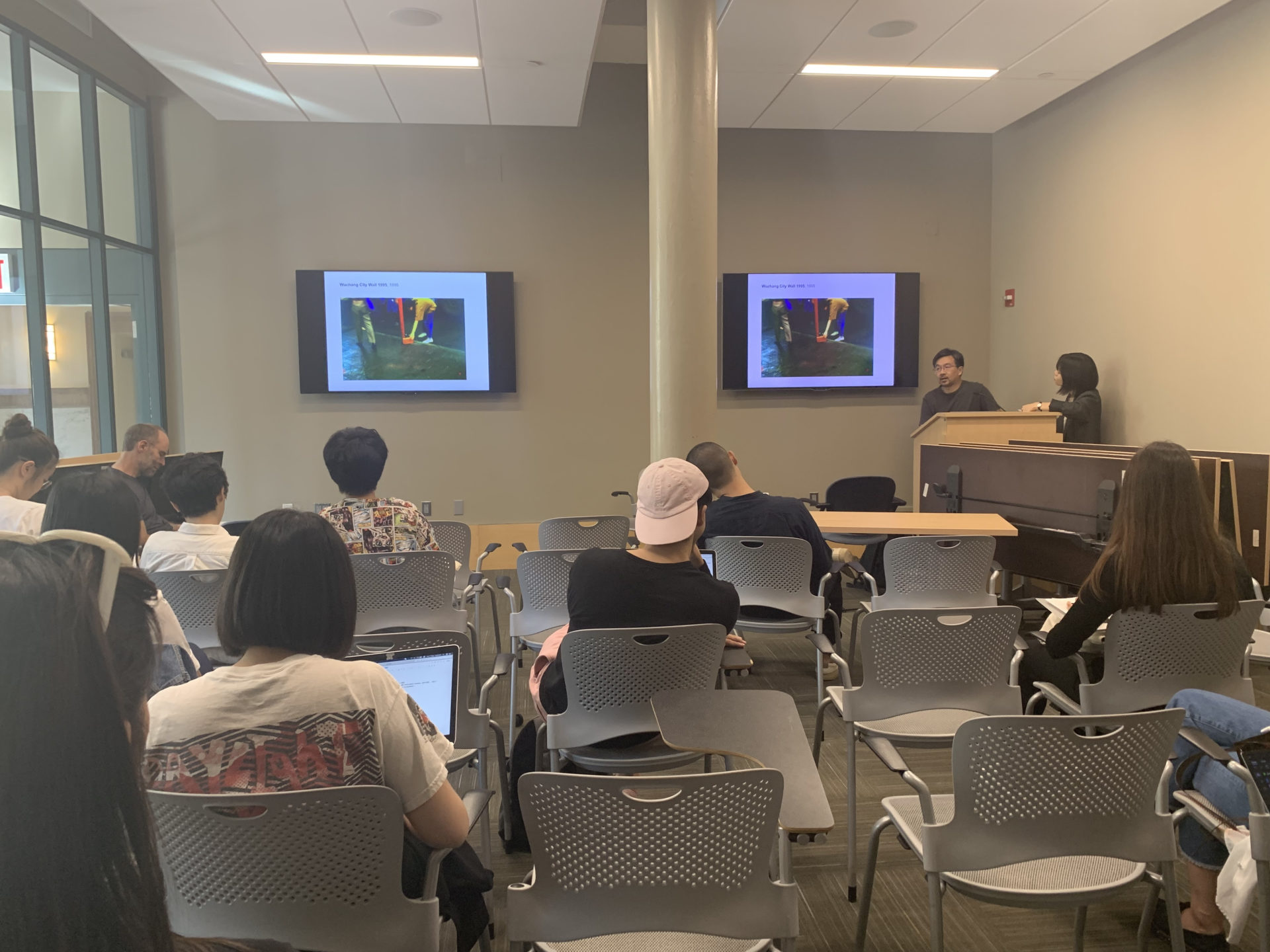 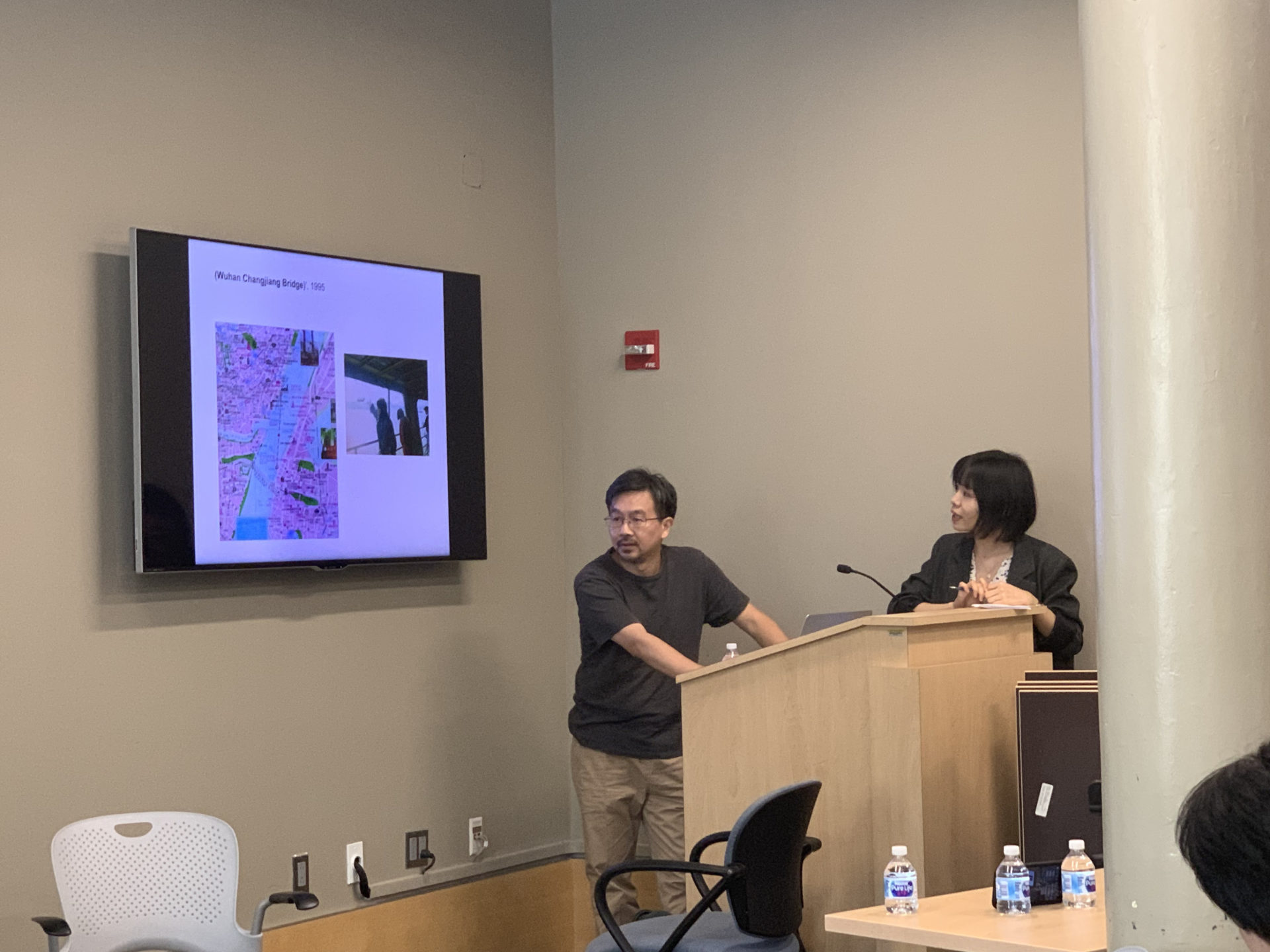 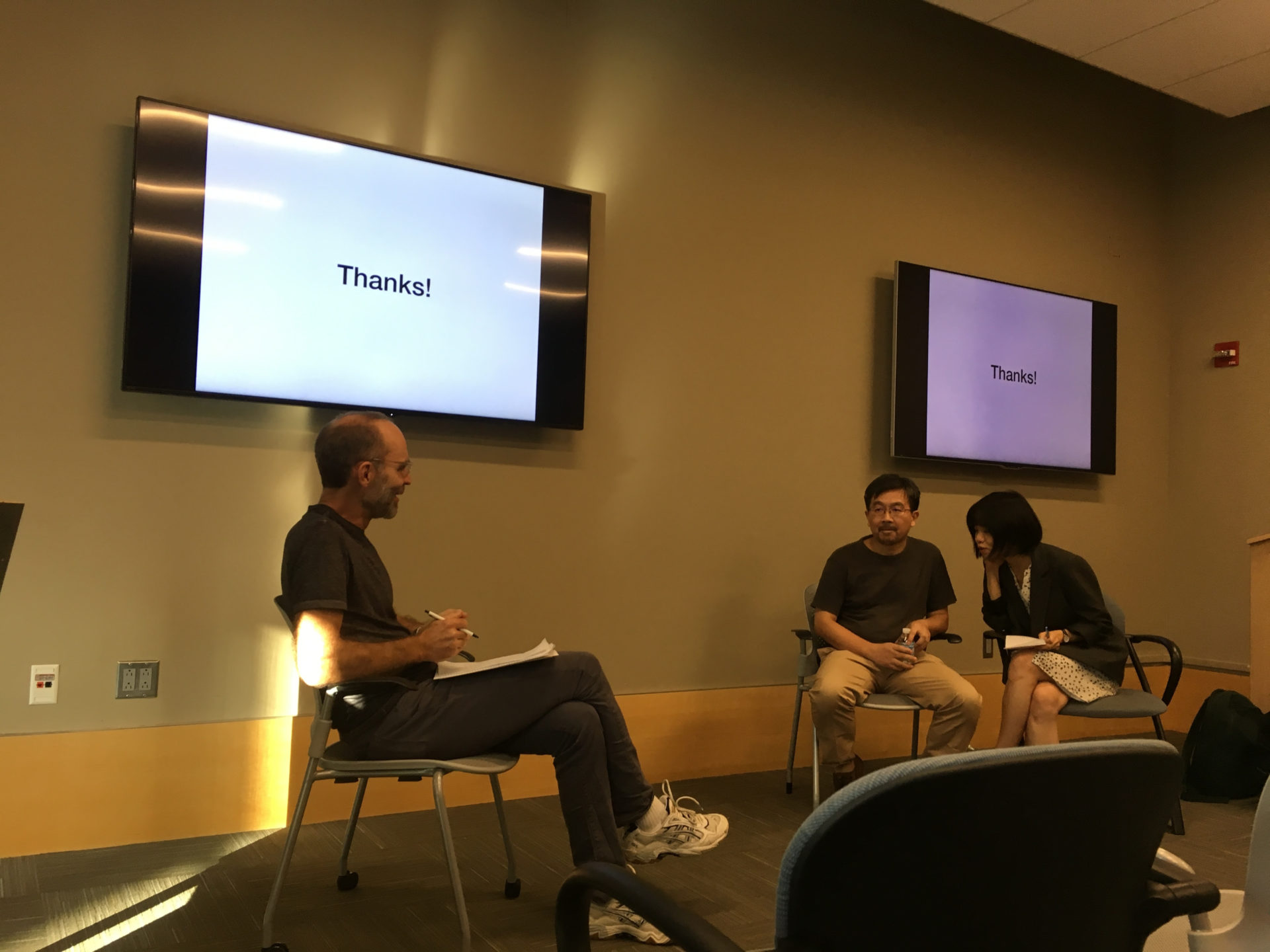