Needless to say, artists have long explored the poetic aspect of technology and programming, but to do it well requires not only a level of technical expertise, but also an awareness of established modes in which new media objects are often exhibited and understood. Many, including theorists and practitioners, approach new media as if it could only be accessed through a rectangular screen, whether a projection, monitor, or computer screen, often linking such a framing mechanism to historical lineages of cinema and photography. Gouldstone, however, takes active measures to break out from the screen, setting up environments that attempt to collapse the perceived distance between the observer and the observed, the alive and the inanimate, human and other.

Occupying the entrance area, Instrument (2018) consists of software-generated structures projected onto three yoga balls, which are each affixed to wooden stools. The viewer is invited to sit on the floor, coming at eye-level with moving elements in the piece: a dot tumbles inside a circle composed of dots, at times rebounding from the momentum generated from hitting another dot, at times escaping quietly through the spaces in between. While initial parameters are determined by code, the dot’s trajectory is a product of chance. Whenever it bounces against a border, it makes a crisp, resonating sound, as if a gong is being struck. Combined with the installation’s simple geometry, its spectral shadows, and repetitive movement, the intimate soundscape pulls the sitter into a meditative trance. Drop Process (2018) employs a similar strategy of toying with randomness and expectations. Unlike Jenga, which is a manual tower-building game designed to test the player’s coordination and dexterity, the work simulates a scenario where rectangular blocks are dropped to form stacks, either reaching a precarious balance, or destroying the stack to form a new one.

Like artist Ian Cheng, Gouldstone uses gaming simulation and procedural generation to stage a state of uncertainty and instability. It is worth pointing out that simulation is normally understood in terms of representation, of replicating a system in real life through mathematical models, whether for purposes of recreation or functional prediction. But what happens when simulation takes on a life of its own, and generates its own rules of thought and behaviour? As illustrated by the fear provoked by Facebook’s AI algorithm inventing its own language, humans are regularly threatened when machines acquire a sense of vitality, thereby infringing on anthropocentrically territory. As such, Wanton Boys (2017) is an abstract exercise in exploring the ambiguous lifecycle of software-generated digital objects. Varying in size and dispersed in groups, x-shaped forms are projected onto wooden blocks distributed throughout the space. Algorithmically-controlled, they fluctuate between a state of inactivity and frenzied scissoring movement, not unlike a sophisticated version of the Tamagotchi—a handheld digital pet popular in the late 90s. While it is unclear to what degree of independence these forms are operating on, the work is undoubtedly a simulation of the imaginary realm of digital life, and, as the title suggests, it gestures at the liminal moment when the spinning ‘x’ shapes burst out of the imprisonment of two-dimensional space.

In his treatise De Anima, Aristotle outlines a conceptual foundation of Western thinking: movement constitutes one of the fundamental feature of the soul, that which distinguishes life from inanimate matter. The exhibition asks, is it then possible apply the same level of inclusive understanding when movement crosses over to the realm of software and digital objects? In these works, the unpredictability of the result frustrates, while the repetition reassures, and it is the space in between feelings of frustration and reassurance that opens up a new understanding of our own positionally. 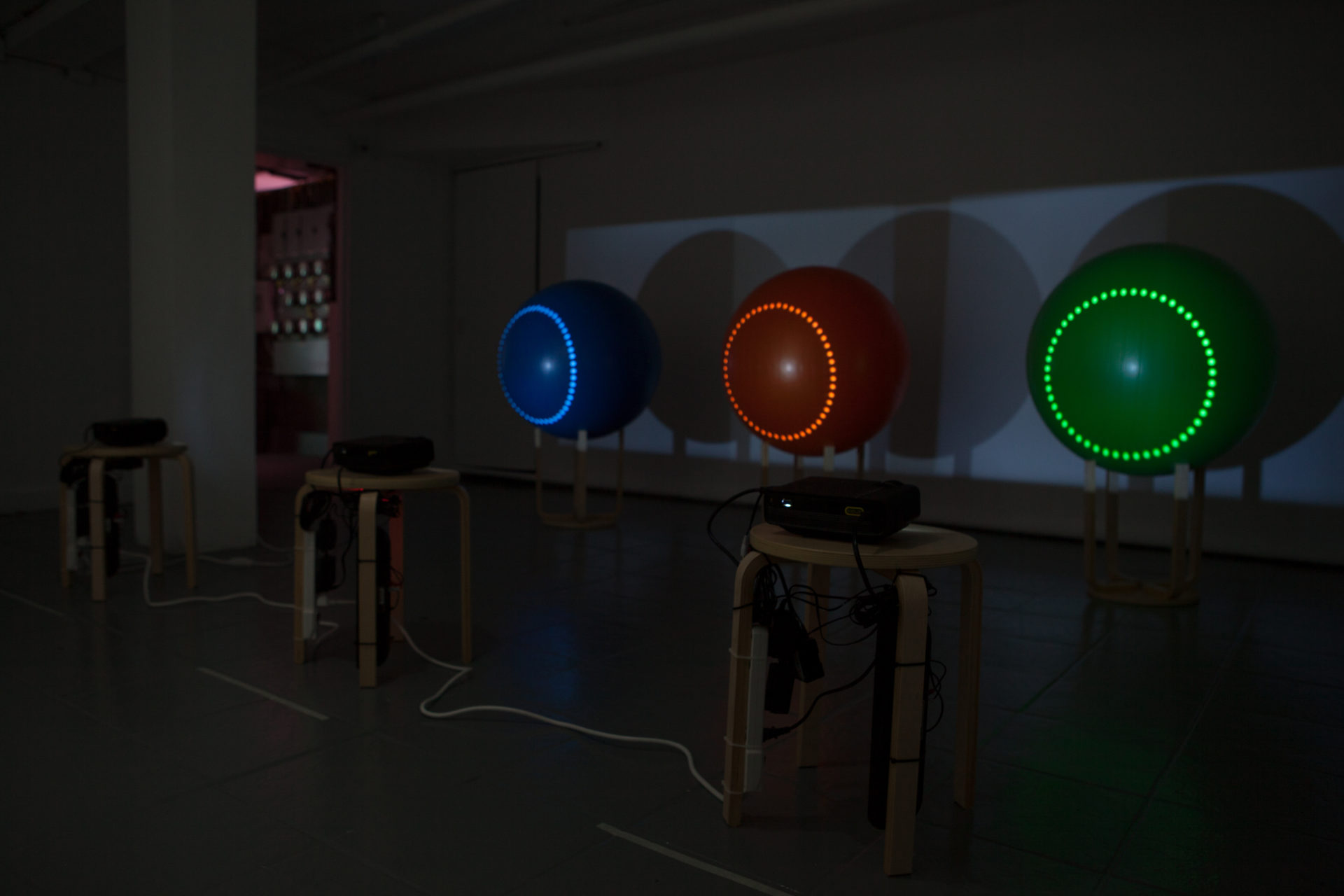 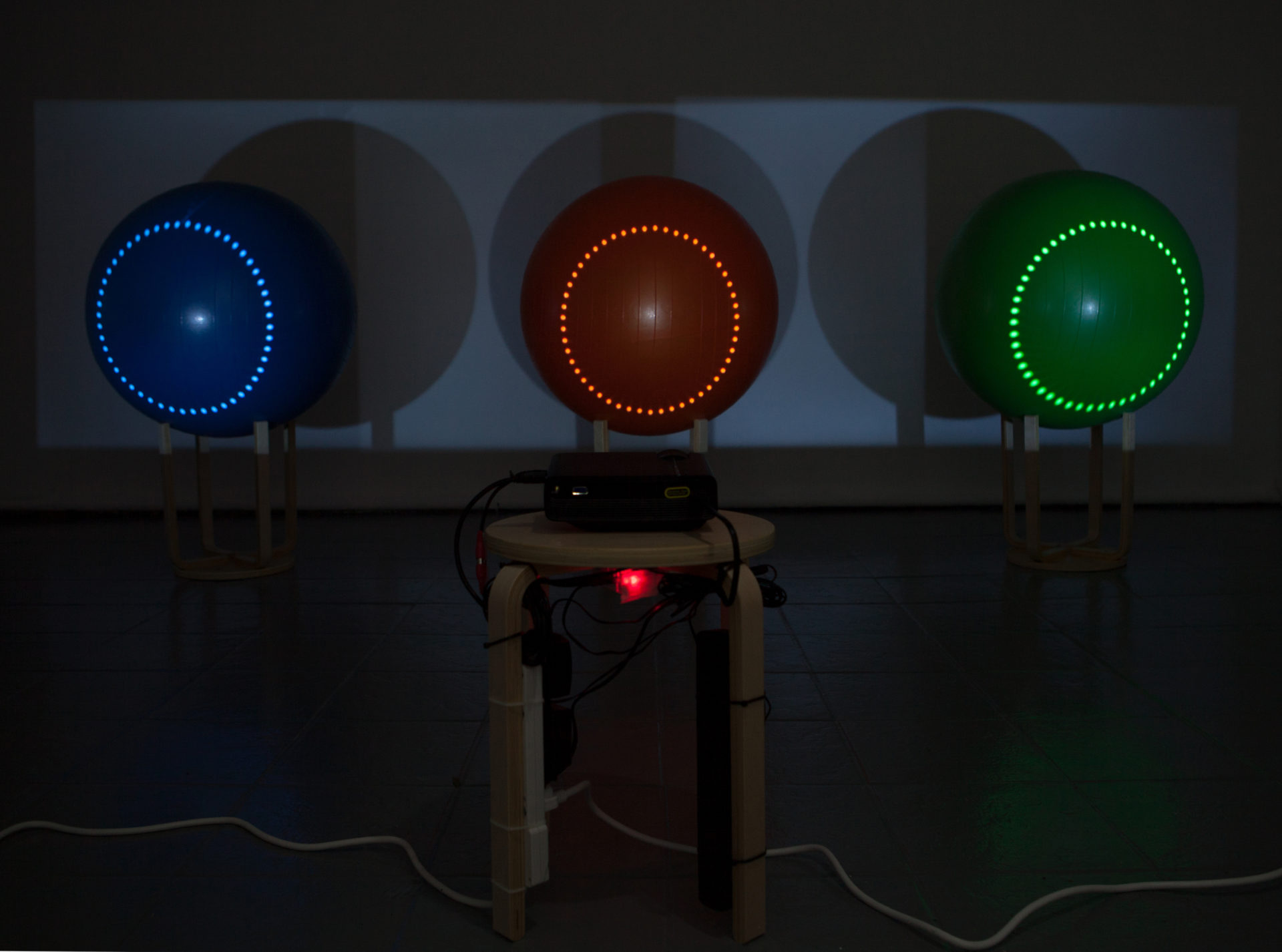 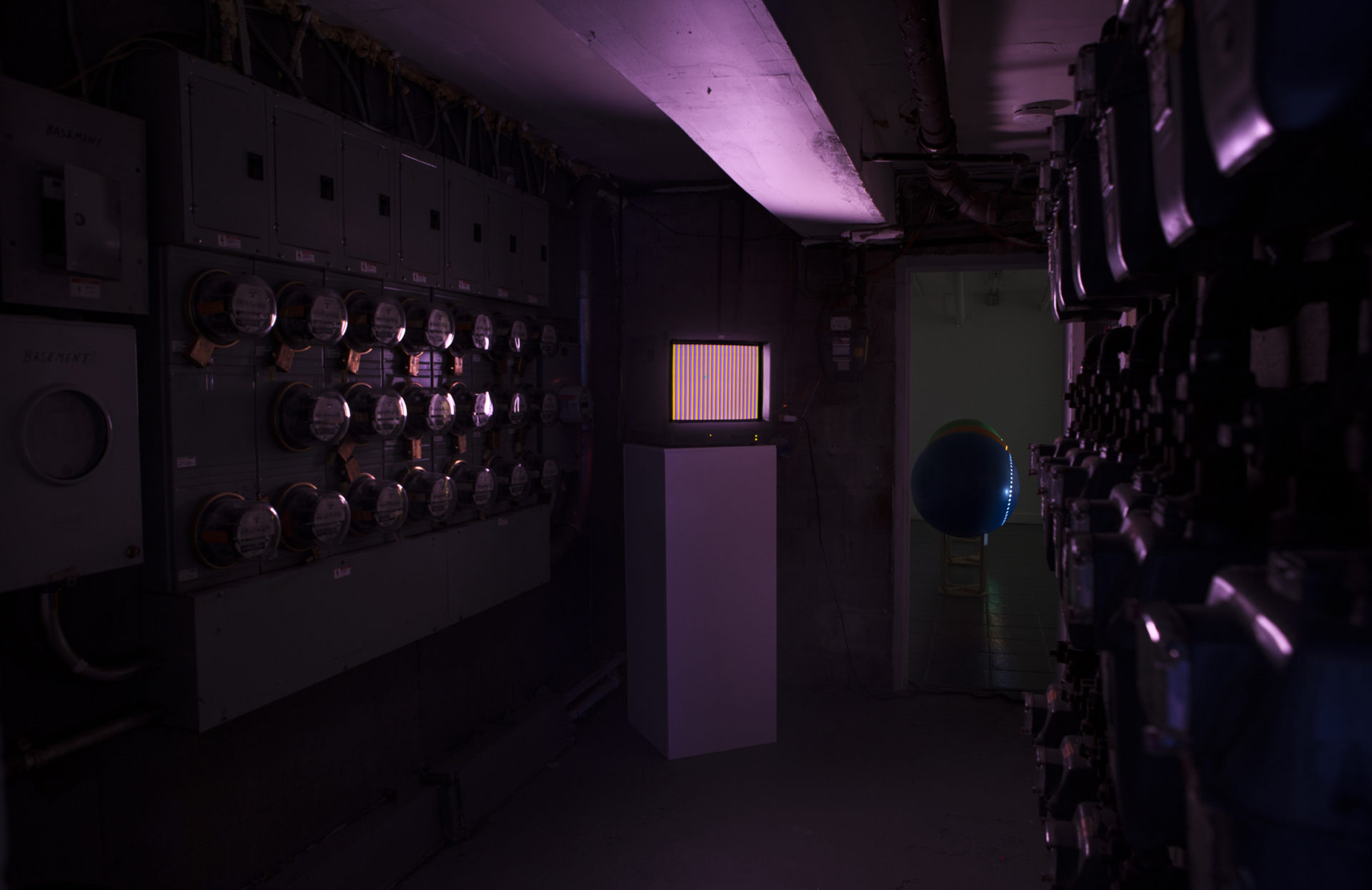 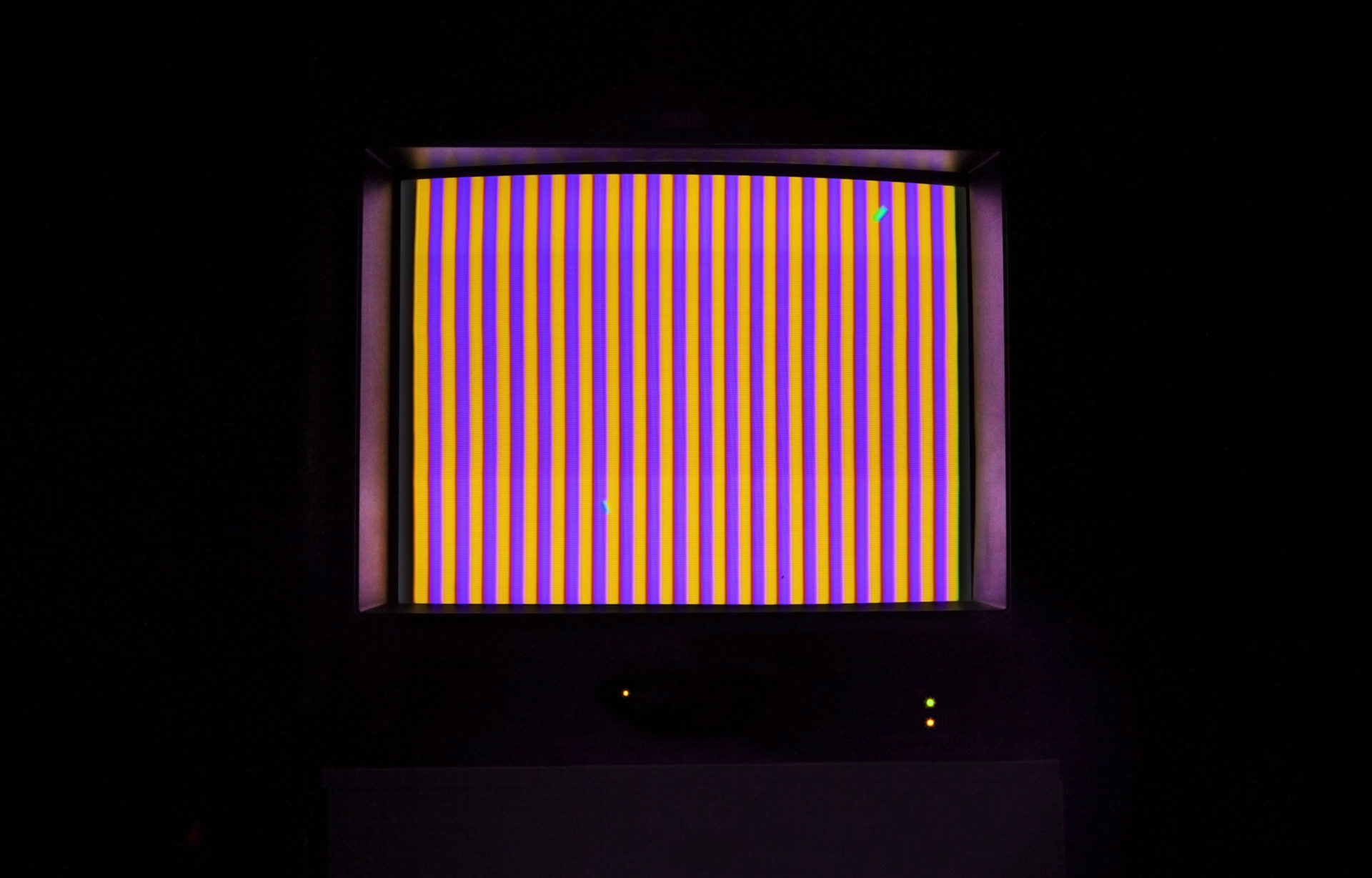 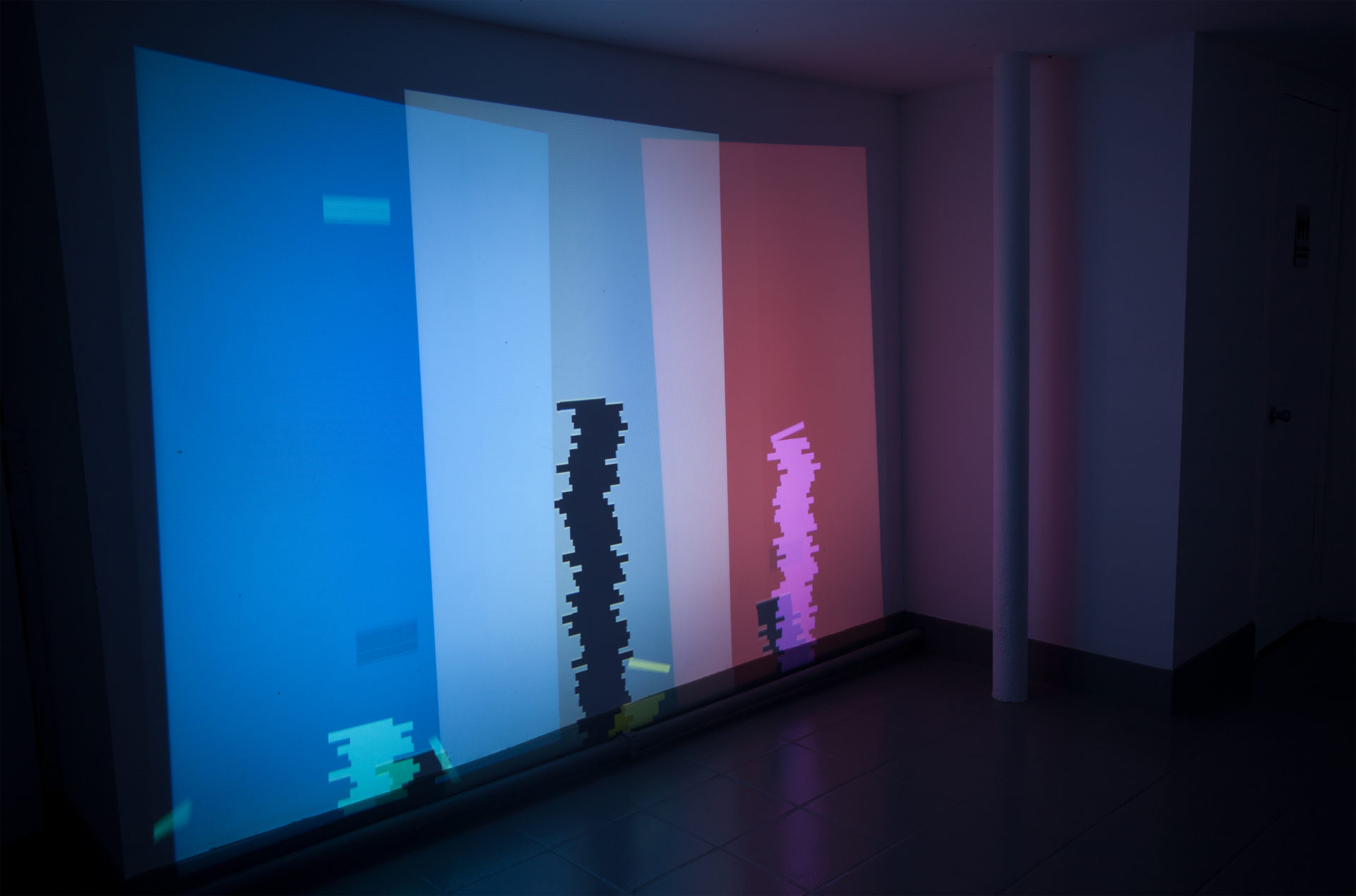 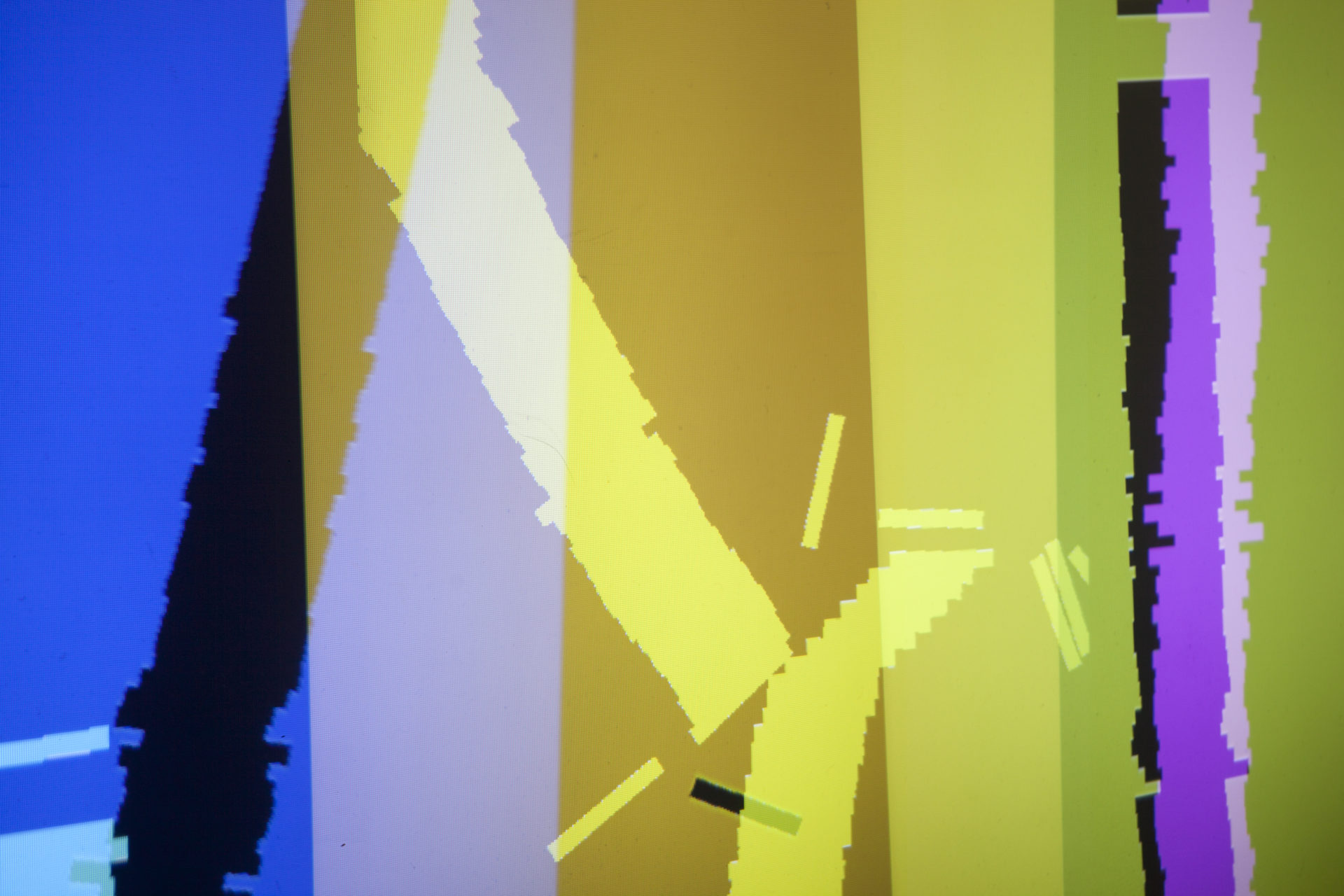 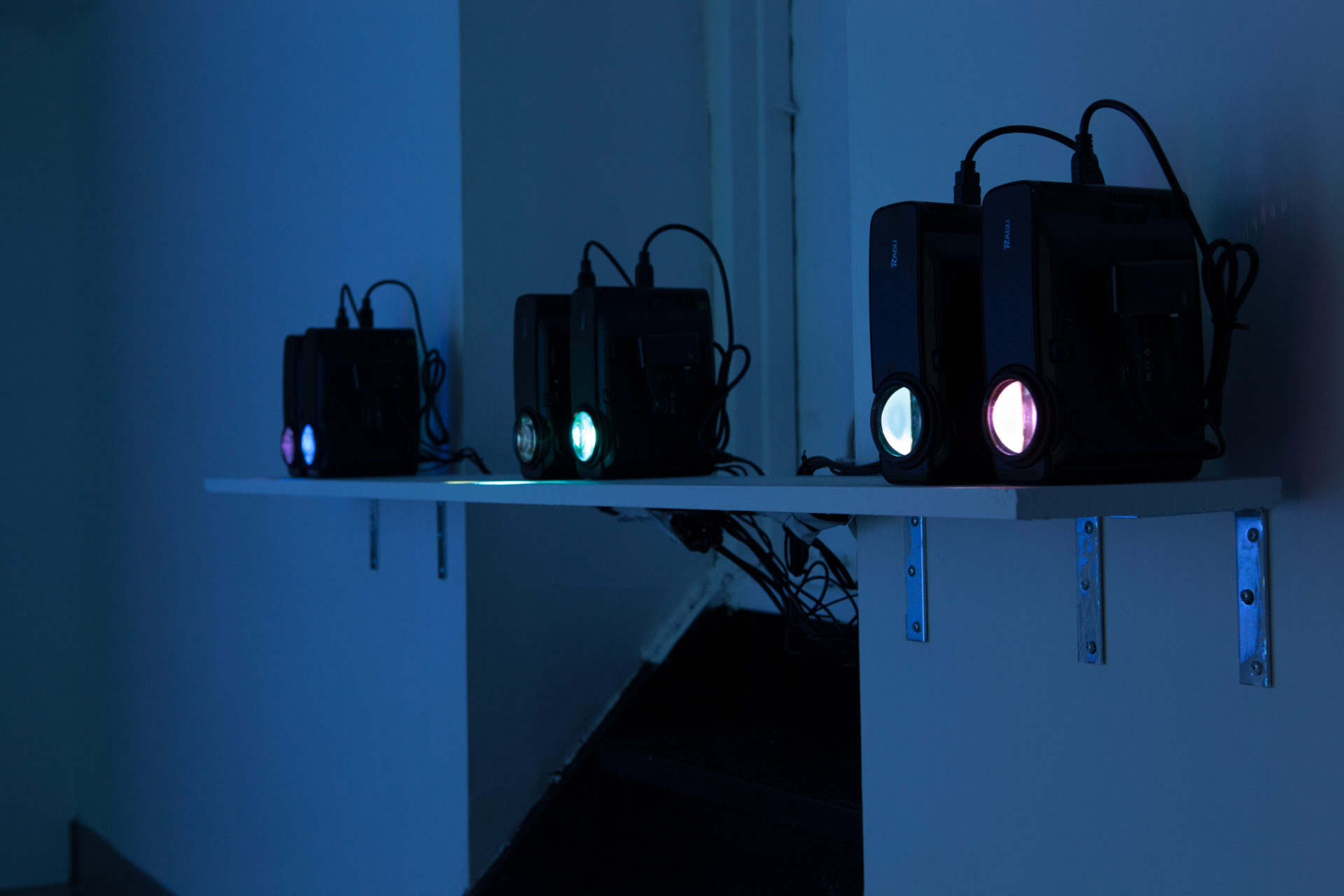 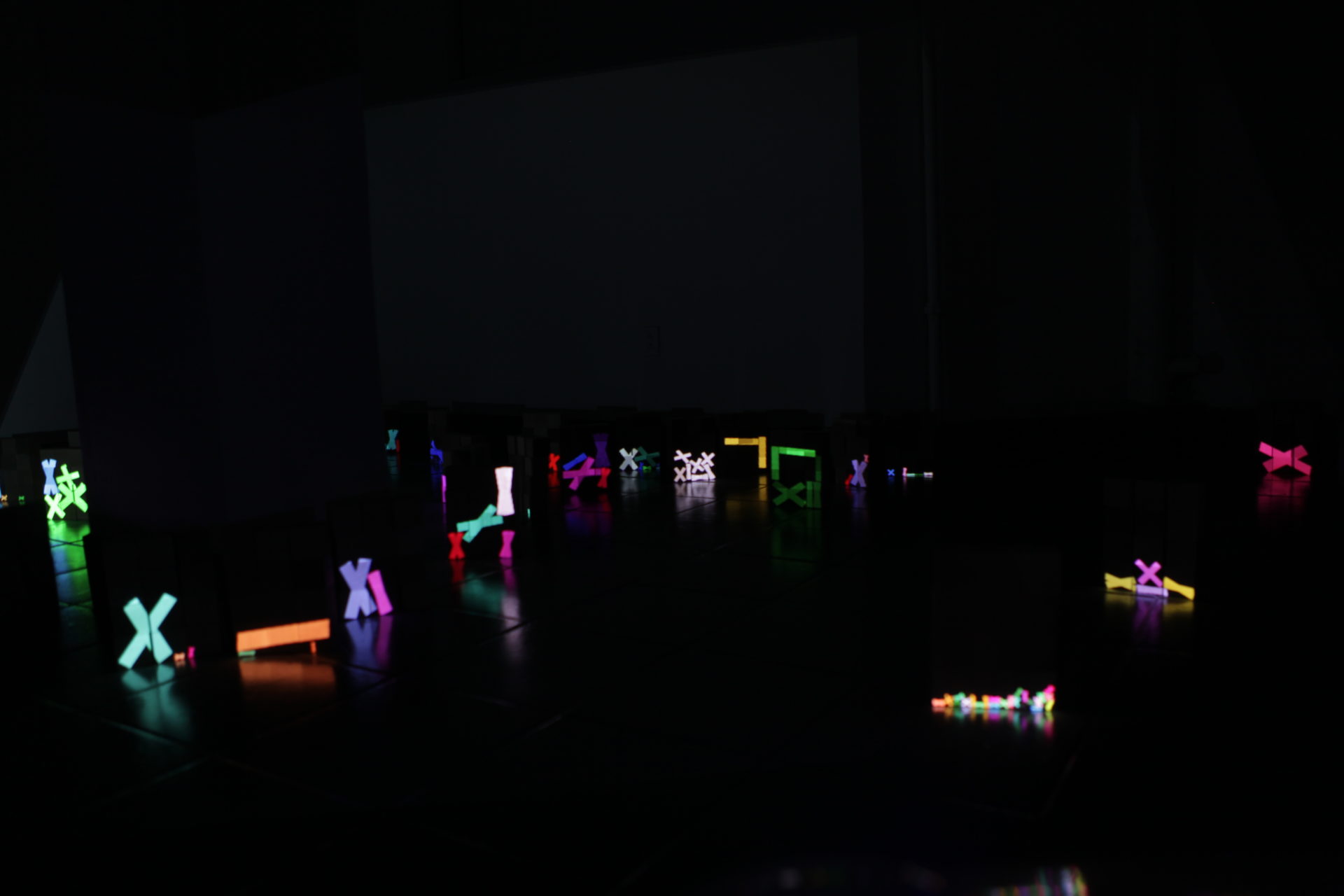 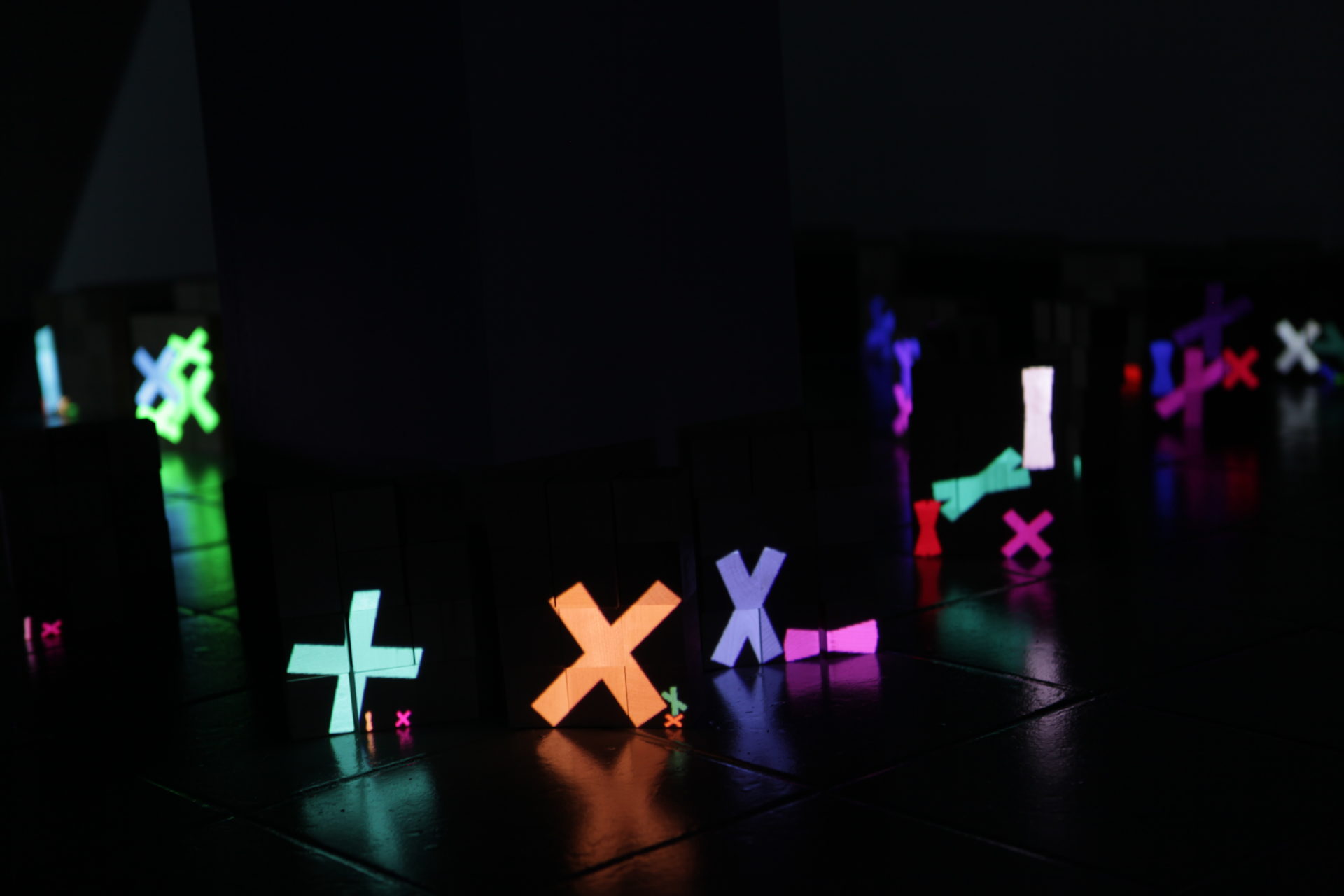 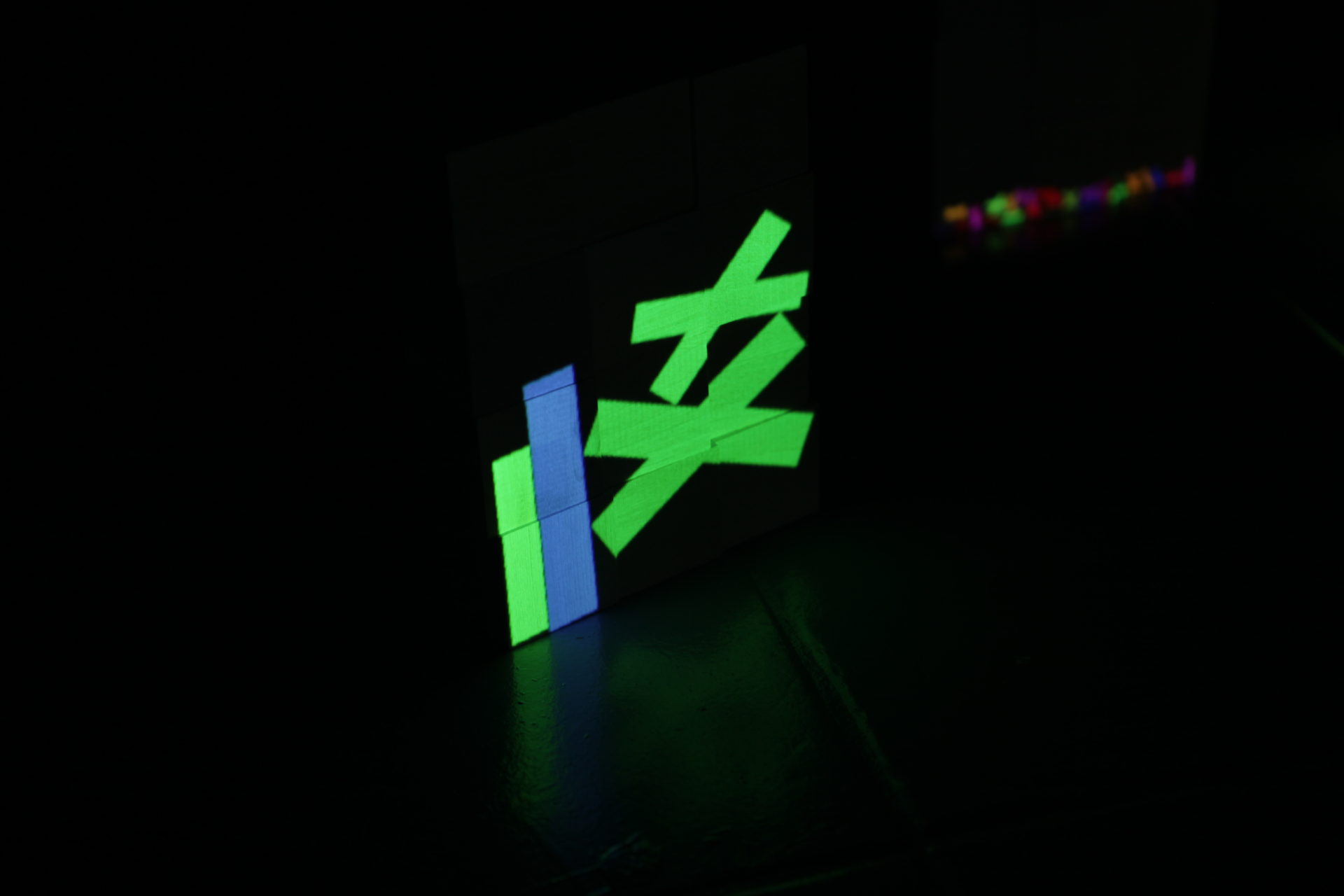 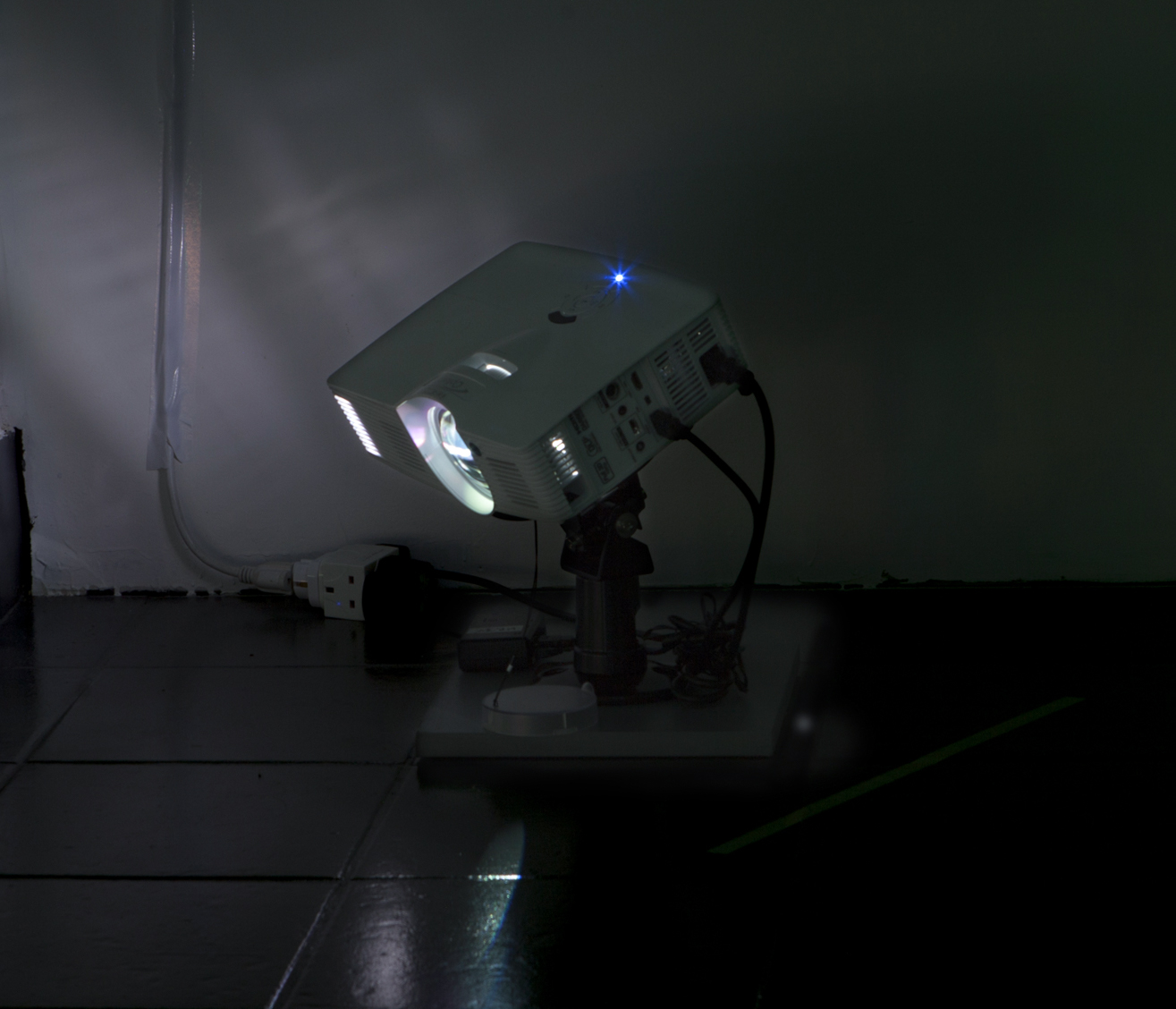 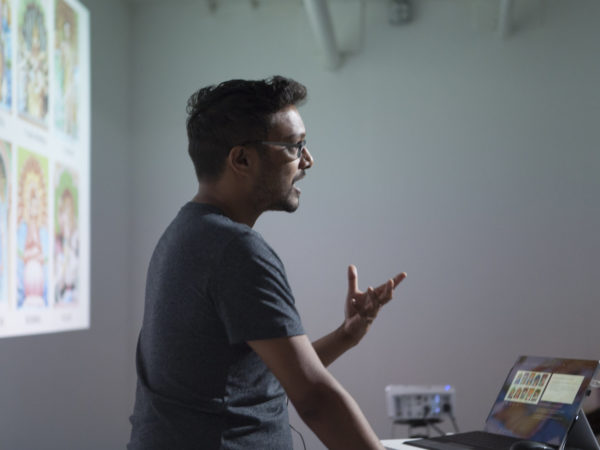 In this lecture, Dr. Darshana Jayemanne challenges the avatar imaginary with another, less appealing figure: the homunculus. 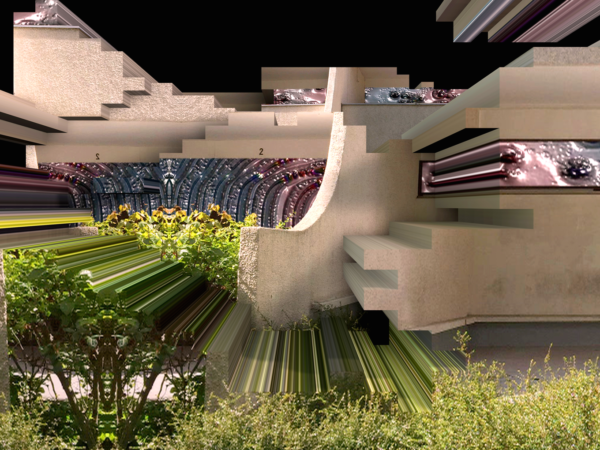 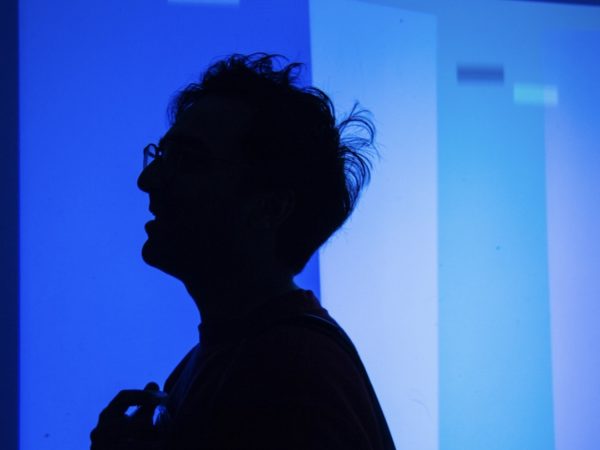 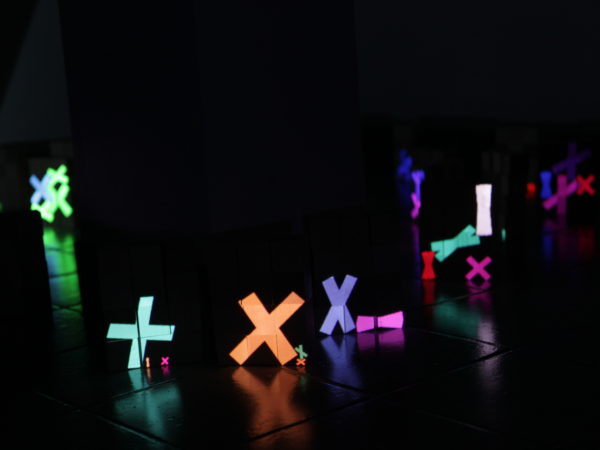