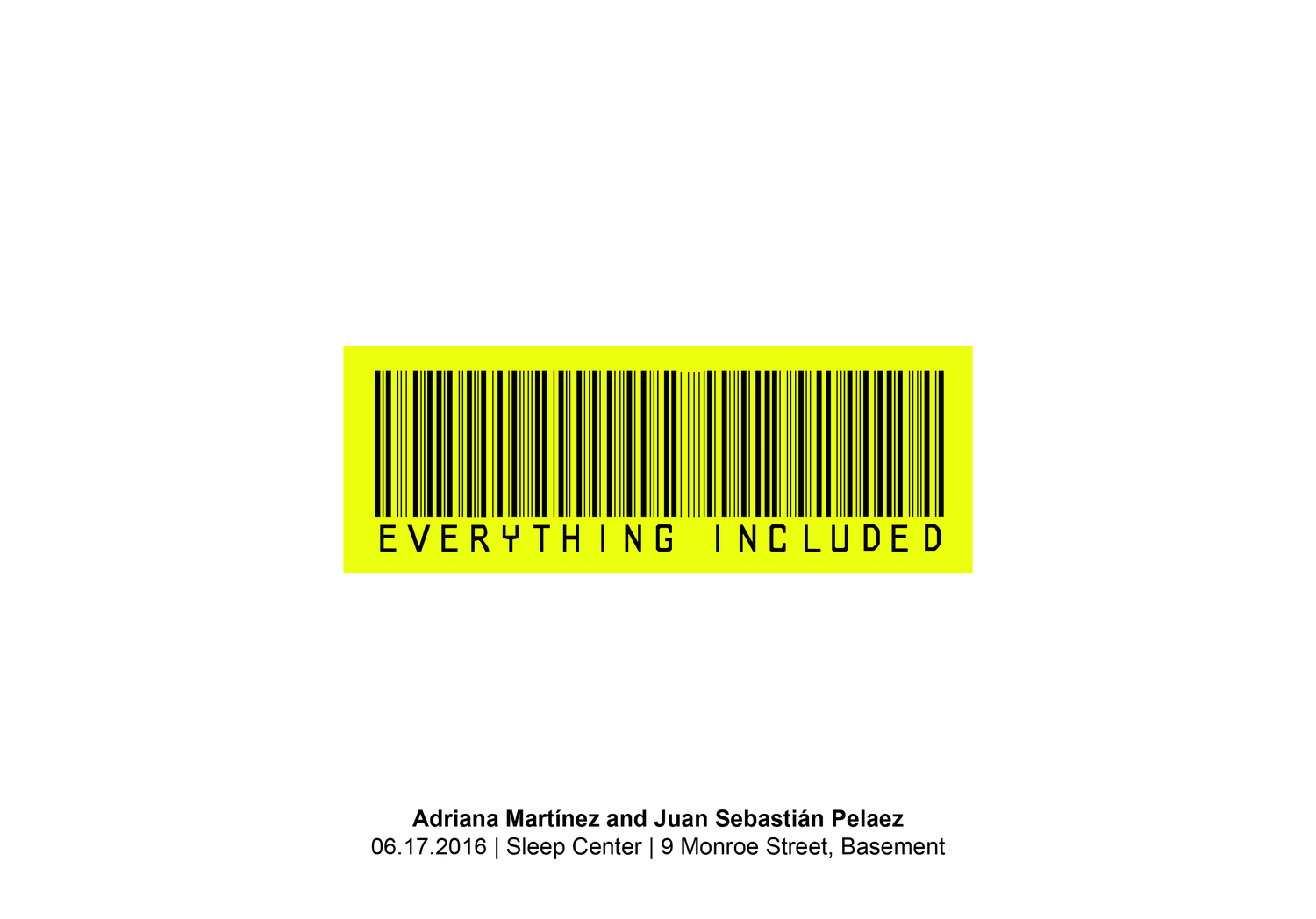 There exists a space between the unknown and the known, a space where ideas are misread or simply forgotten into an abyss. In this particular place, ideas have a metamorphic character; they have the ability to transform themselves the moment they are translated.

The work of Juan Sebastían Pelaez and Adriana Martínez deals with dynamics of power such as, the unknown and the known, the savage and the popular. Additionally, their work establishes a critique towards western consumerism and its ability to reform foreign identities. Both artists translate concepts that are deeply rooted in Latin America, by basing themselves on both the com- mercial and the cultural realm. The result of this exercise is an amorphous idea; one that is allocated in the spectrum of the banal and later is deformed to expose its absurdity.

Everything Included takes advantage of the opportunity of it being a cultural exchange, in order to demonstrate the division and the fragility of social perception. It exposes the ease for misunderstanding in a contemporary context, through commercial and popular images that are overly exagger- ated. The show is a critique addressed from the point of view of the one who is translated. The one who adapts to the language of power. Everything Included could be an incorrect translation, but it’s a translation that leaves nothing behind.

Juan Sebastían Pelaez and Adriana Martínez are two visual artists, born and based in Colombia. They are also the founders of the independent space MIAMI Practicas Contemporaneas, in Bogotá, Colombia.