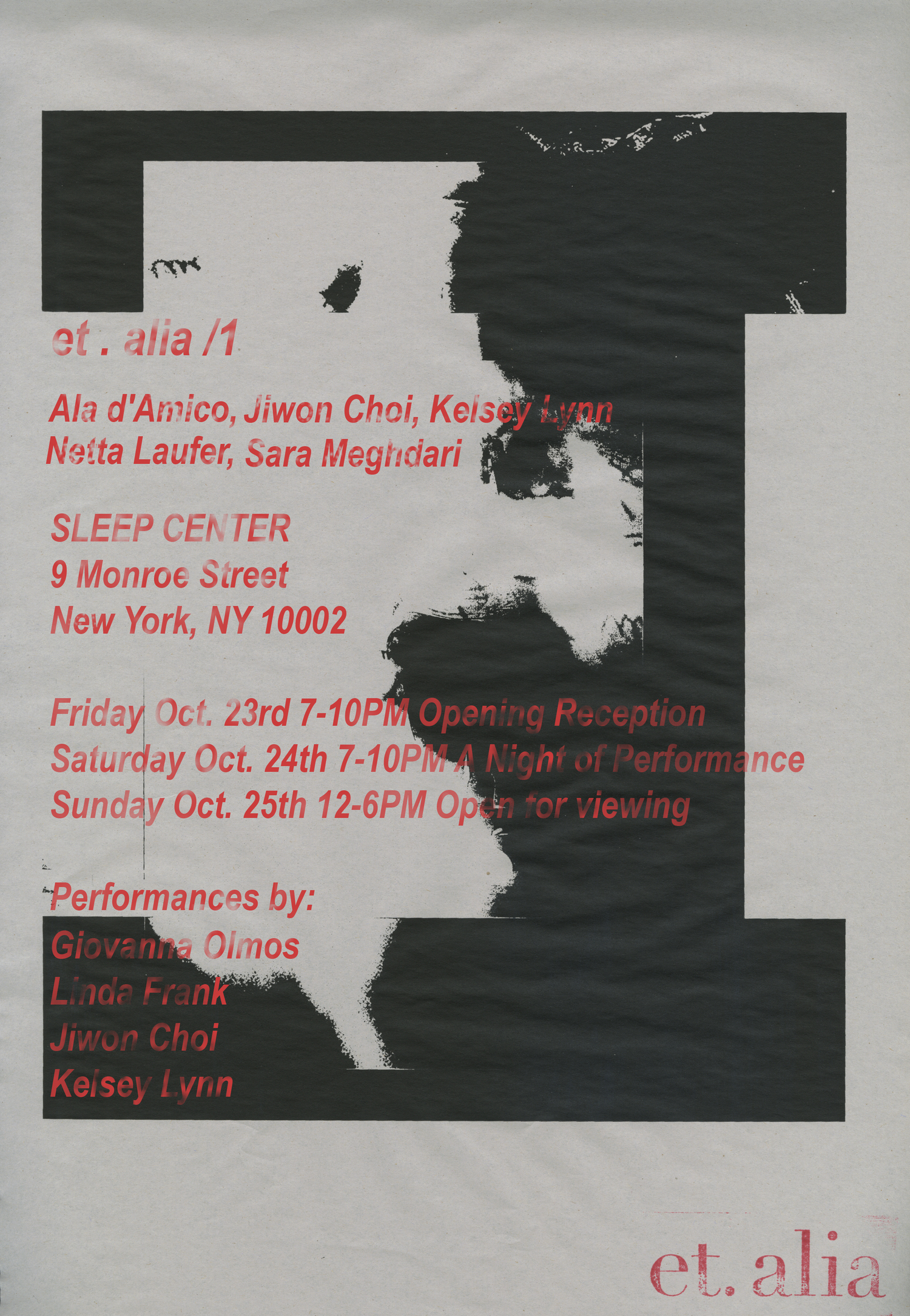 SLEEP CENTER is delighted to invite the artist collective et.alia to début their first exhibition, et.alia /1.

“If women have failed to make ‘universal’ art because we’re trapped within the ‘personal’, why not universalize the ‘personal’ and make it the subject of our art?” – Hannah Wilke

et.alia is an artist collective founded by five female artists with various cultural backgrounds and nationalities. Within a global context, Ala d’Amico, Jiwon Choi, Kelsey Lynn, Netta Laufer, and Sara Meghdari are coming together to create an open dialogue about the current state of women’s issues and what it means to be a female artist, in a world primarily dominated by men.

et.alia /1 is the first public presentation by the collective, highlights multi-media works by the group members as well as two guest performers, Linda Frank and Giovanna Olmos. The work focuses on the representation and physicality of the female body. With this show, each member of the group is able to translate their individual perspectives, as a woman, to the public.

The collective shares a mutual desire to sustain each other through understanding, by creating a bridge that overcomes language and cultural barriers. The group was formed in the summer of 2015, after coming to New York City to pursue an MFA at the School of Visual Arts.